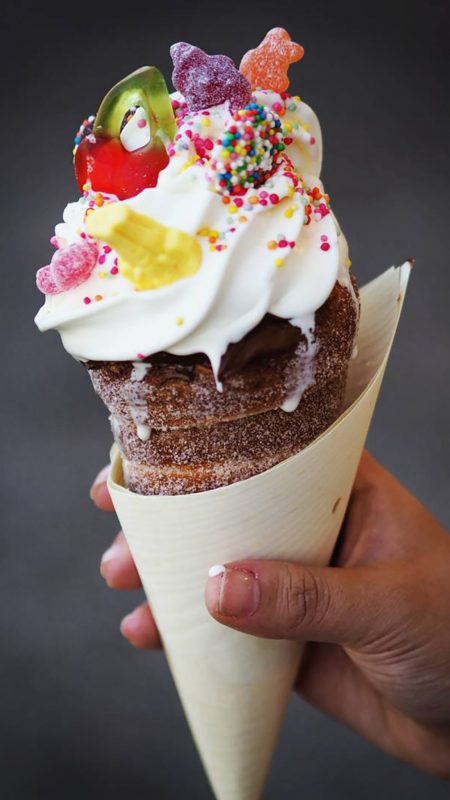 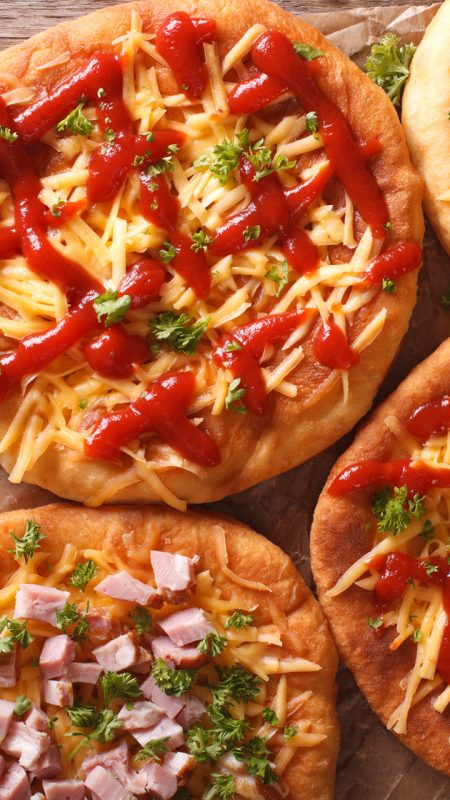 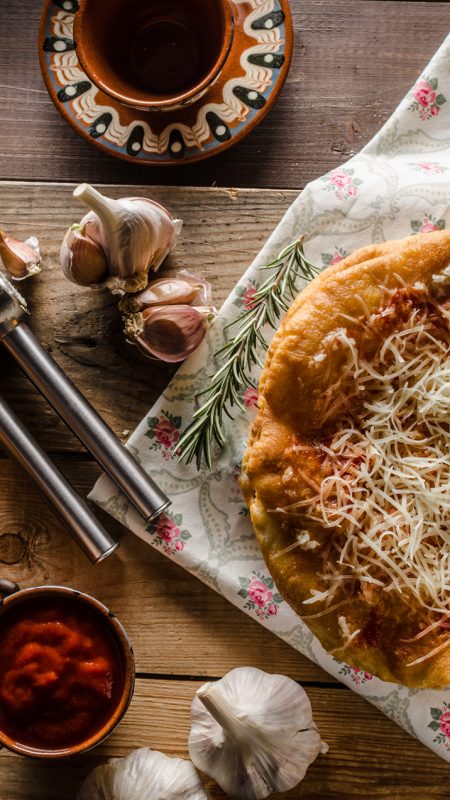 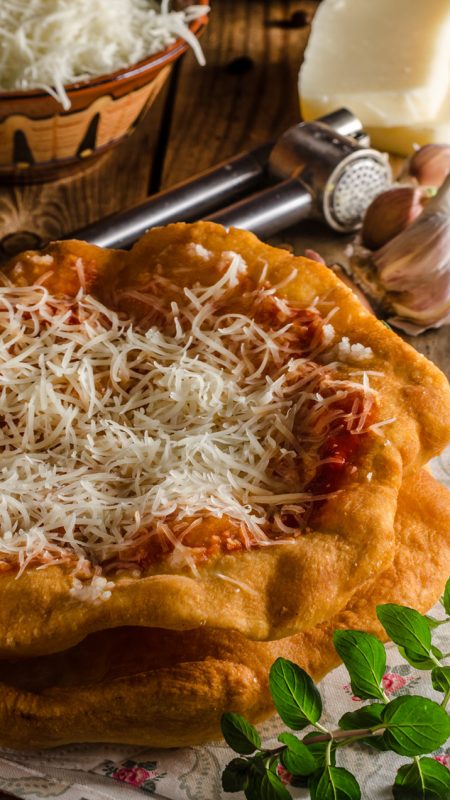 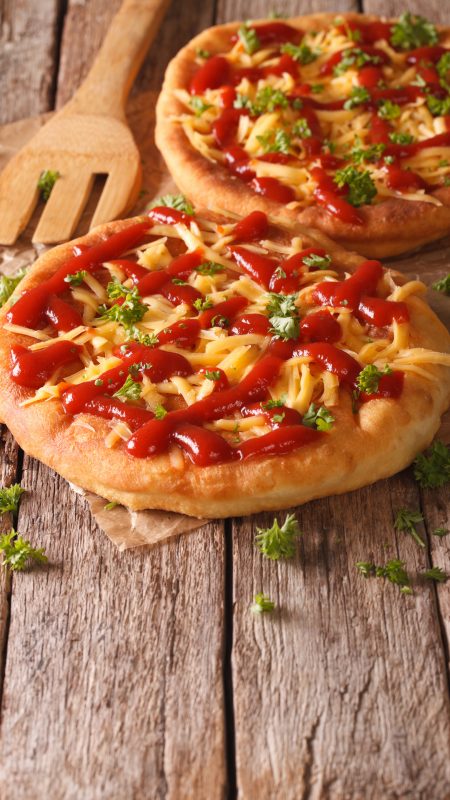 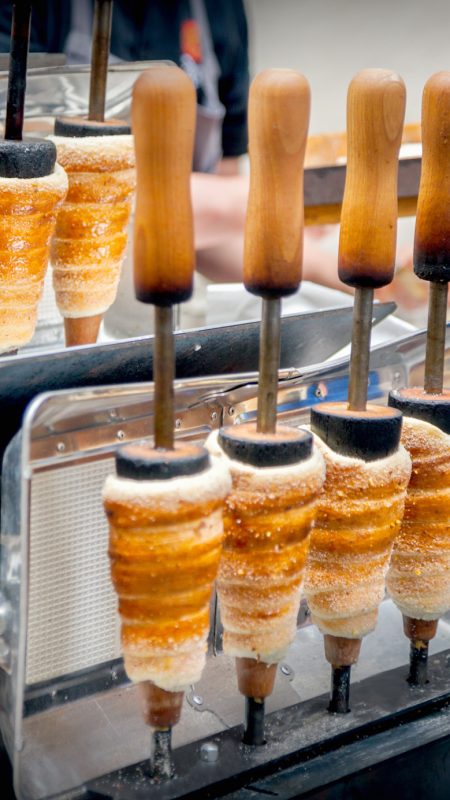 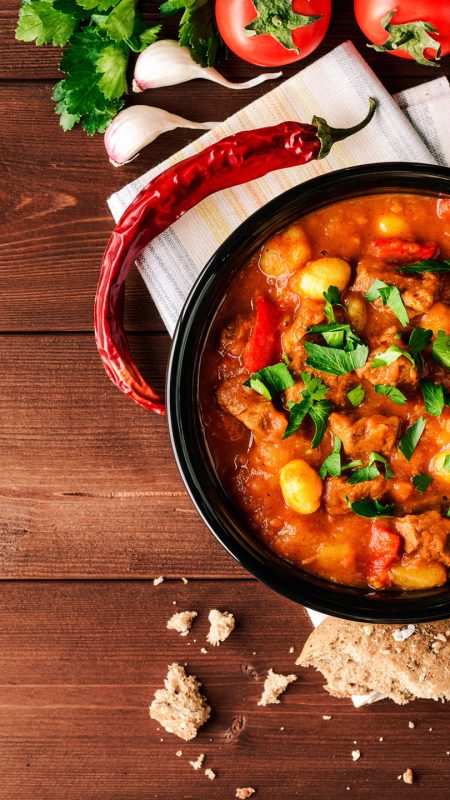 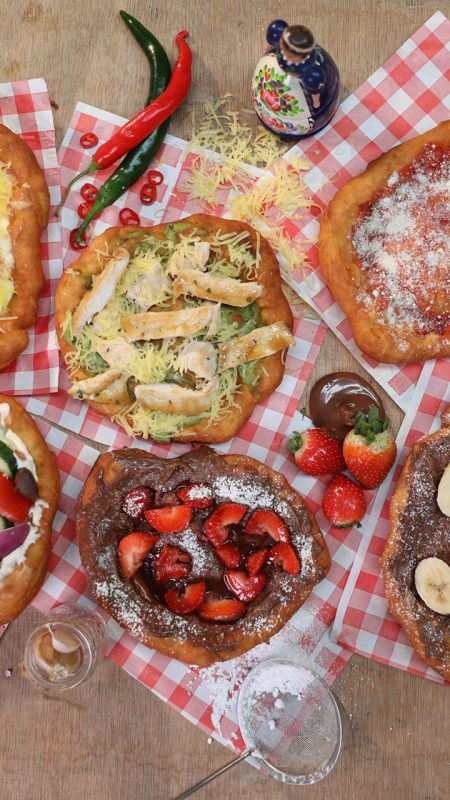 Hungarian fried bread sometimes called Hungarian pizza. It is a favourite street and fair food that has a yeast dough made with mashed potatoes and flour.

Kurtos is made from sweet, yeast dough (raised dough), of which a strip is spun and then wrapped around a truncated cone–shaped baking spit, and rolled in granulated sugar. This Hungarian sweets are roasted while basted with melted butter, until its surface cooks to a golden-brown color. During the baking process the sugar stuck on the kurtos caramelises and forms a shiny, crispy crust.

Goulash is a stew of meat, usually seasoned with paprika and other spices. Originating from the medieval Hungary, goulash is a popular meal predominantly eaten in Central Europe.